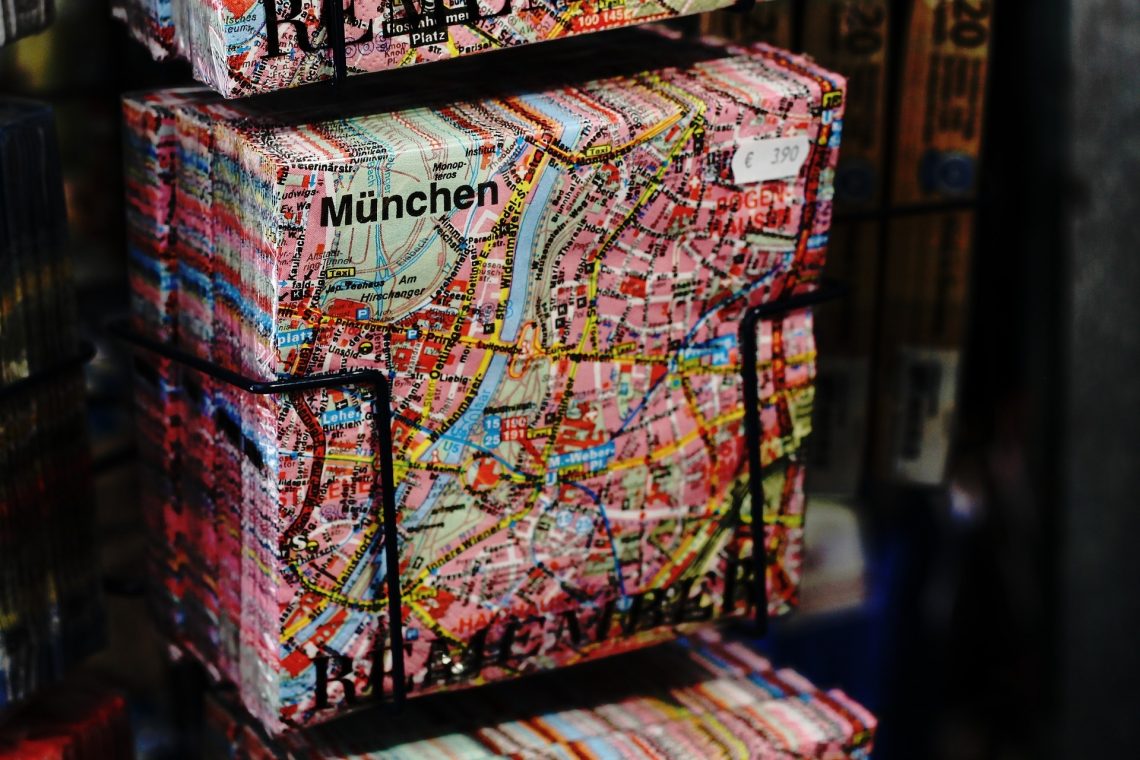 The preserved facades and intricate monuments of Munich create a panorama of vivacious history and cultural heritage. Many people consider it the “best” German city, and once I finally had a chance to step onto its gorgeous squares I realized why: Even though each city in Germany is known for its idiosyncratic set of delights, Munich is the least industrial of them all. With so many delights to savor, I embarked on one of the most wondrous urban adventures of my life, and this is the brief account of my Munich experience and what you simply must see there before you return home. 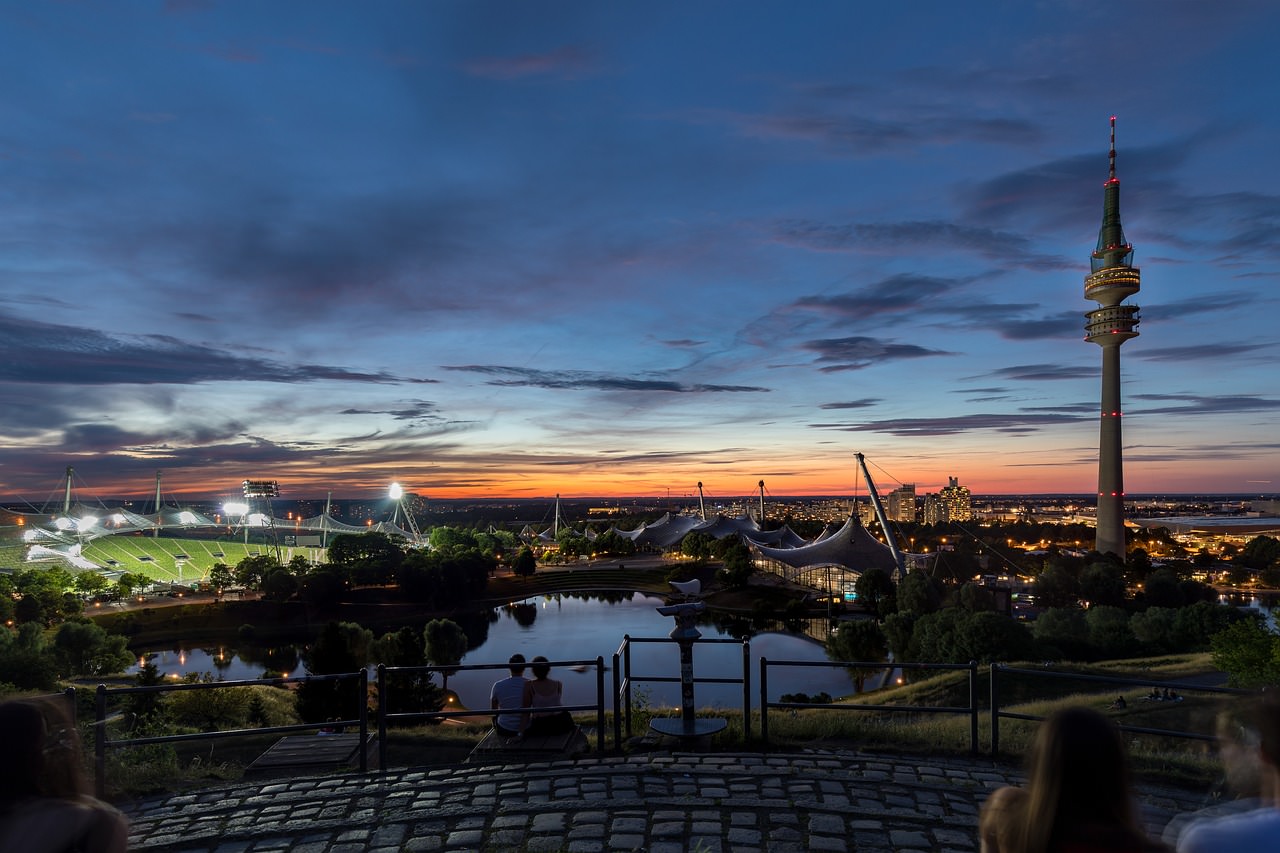 Considering I’ve had two weeks at my disposal to dart around the city, I truly had freedom with my own schedule, but even if you are a newcomer to Munich who only has a single weekend to visit the sites, the Olympiapark should be at the top of your list. This patch of land that is almost a whole square kilometer in size is a magnificent hybrid of greenery and coliseum-evoking architecture. The park has been constructed and arranged exclusively for the 1972 Summer Olympics and it has remained one of the most visited venues in the city.

If you are at all into cars, a visit to the glistening, retro-futuristic building that houses the BMW Museum is a rite of passage. Even if you are not crazy about cars, it is a place of engineering wonder where you can truly learn to appreciate the sleek design and the sophisticated artistry of making a car. The historical aspect of the museum is truly wonderful and some of the ‘relics’ you’ll see will leave you with a smile on your face. 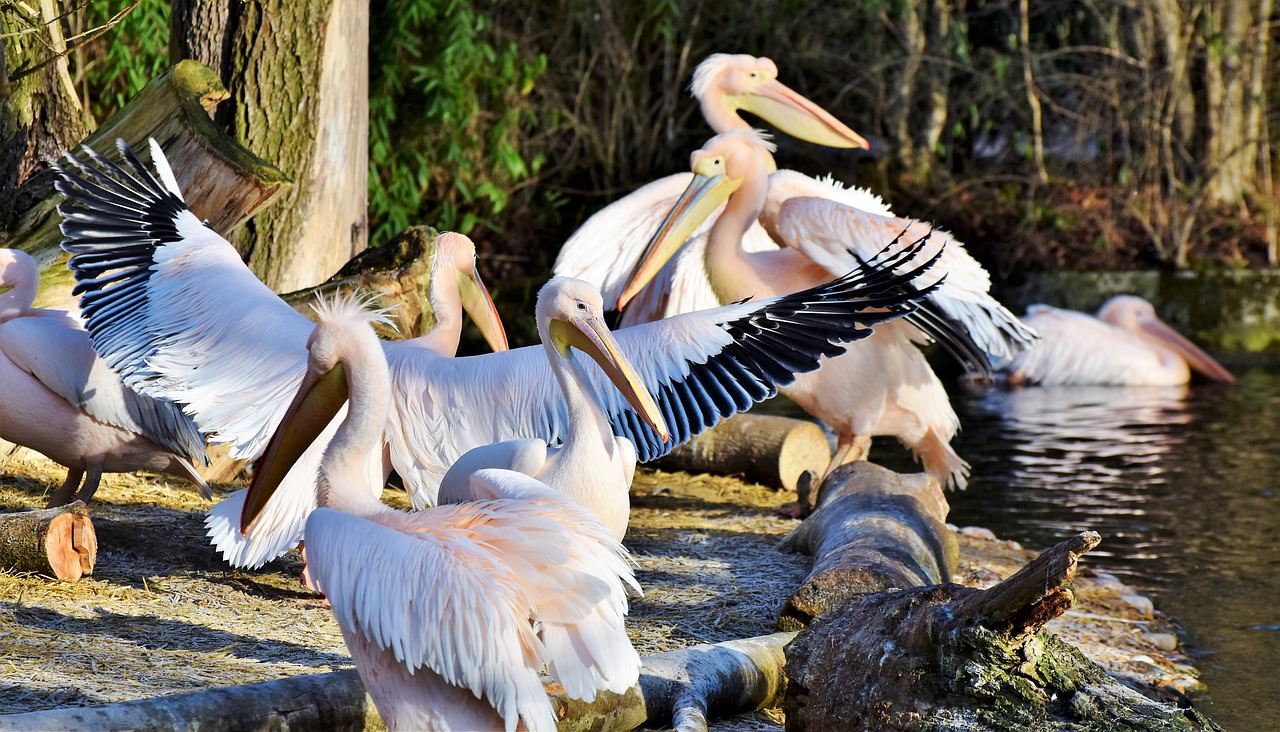 Every bustling metropolis in the world has its own interesting take on what a zoo needs to look like, and Munich is no exception. Hellabrunn Zoo’s variation on the layout and design lies in an interesting historical fact – it was the first zoo in the world that arranged the species by geographical aspects. Guided by this philosophy, they allowed species from same parts of the globe to share enclosures and thus created interesting imitations of faunal biospheres for visitors to marvel at. It is truly one of the best and most captivating zoos in Europe, which shows in the number of visitors that pass through it annually – a number that amounts to over 2 million. 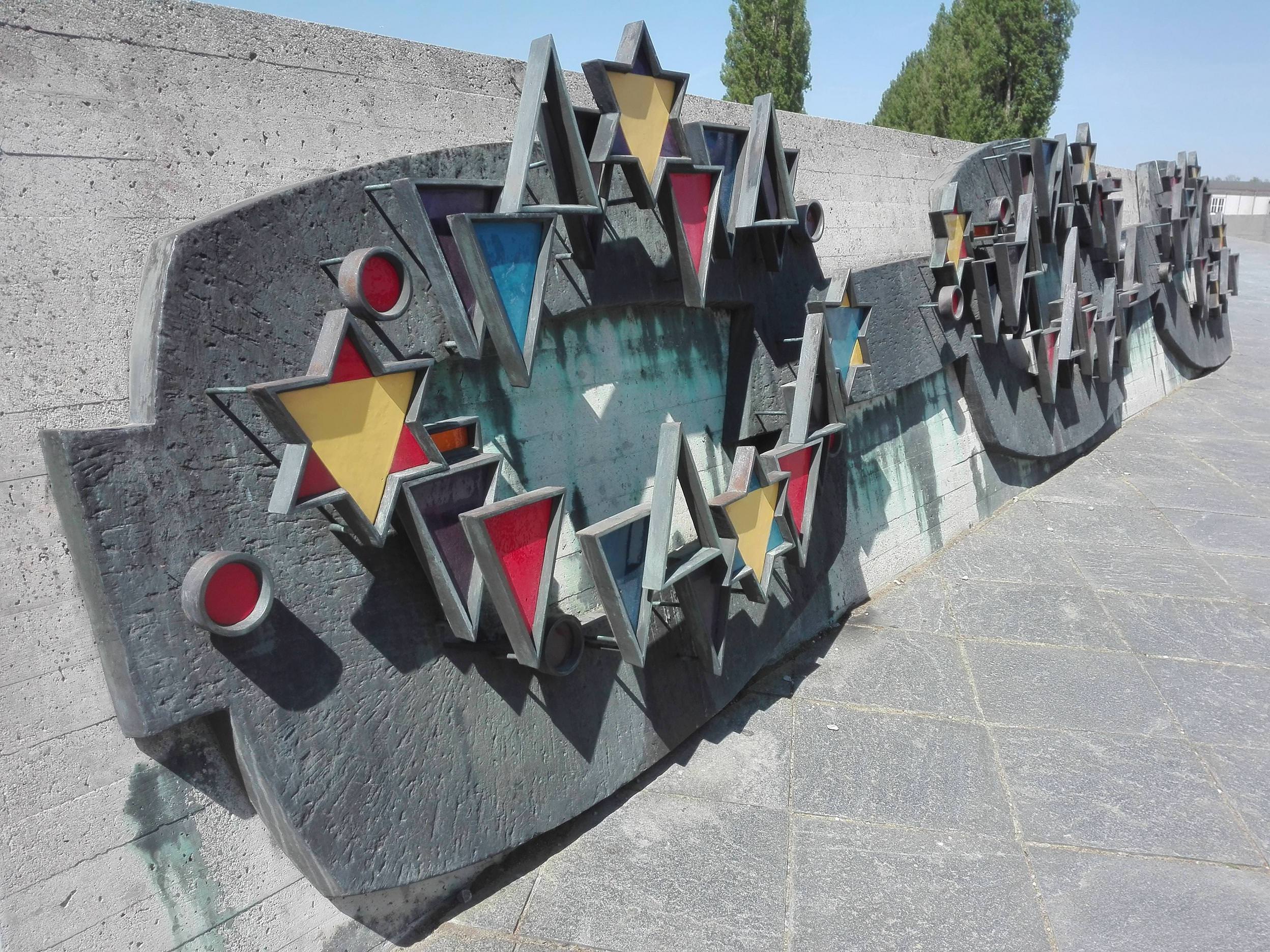 To truly appreciate the beautiful aspects of history, one must also consider the dark shadows that loomed over it. This is why it is important to visit harrowing historical locales such as Dachau concentration camp. Even though it is not located strictly within Munich’s city limits, it is nevertheless a short ride out of the city and into the medieval town of Dachau, around 16 kilometers northwest of Munich. The sheer brutality and systematic methodology that echoes in the arrangement and layout of this camp is truly terrifying, but every Munich visitor should see it to keep the memory of it alive so that we’ll never let such atrocities repeat. 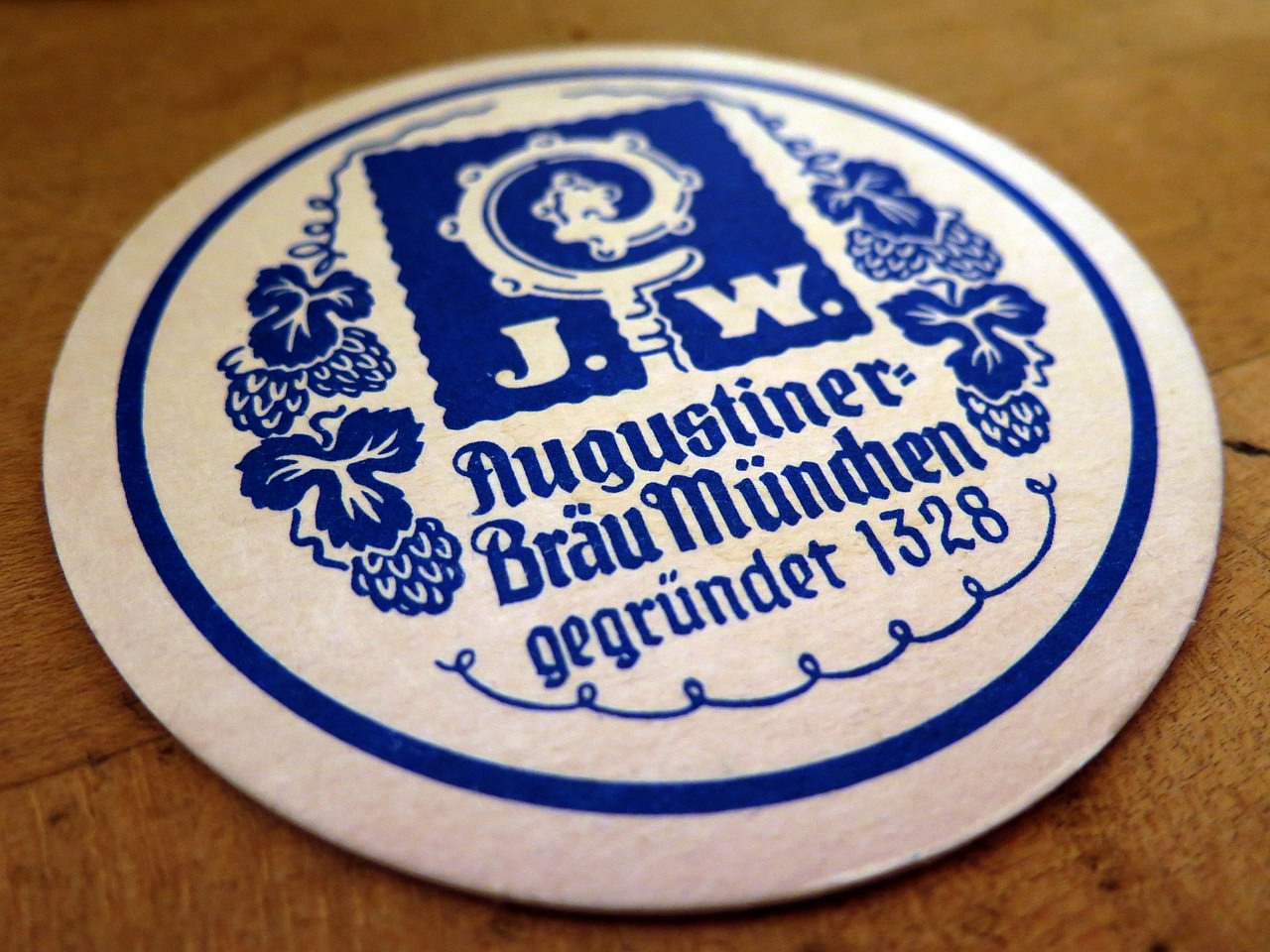 Of course, nobody will blame you if you feel as if you need to chug down a pint of beer (or two) after a visit to a concentration camp. If you do, you will truly be spoiled for choice in Munich. The city is notorious for the overwhelming number of beer gardens which dot its urban landscape, and you’ll hardly make a mistake by visiting either of them. Since every establishment makes its own beer, they are all doing their best to produce the best imaginable wheat elixir with unique nuances of taste. However, if I am to single out any of these respected establishments, Augustiner-Keller beer garden is the place where you’ll want to sit down for a pint. 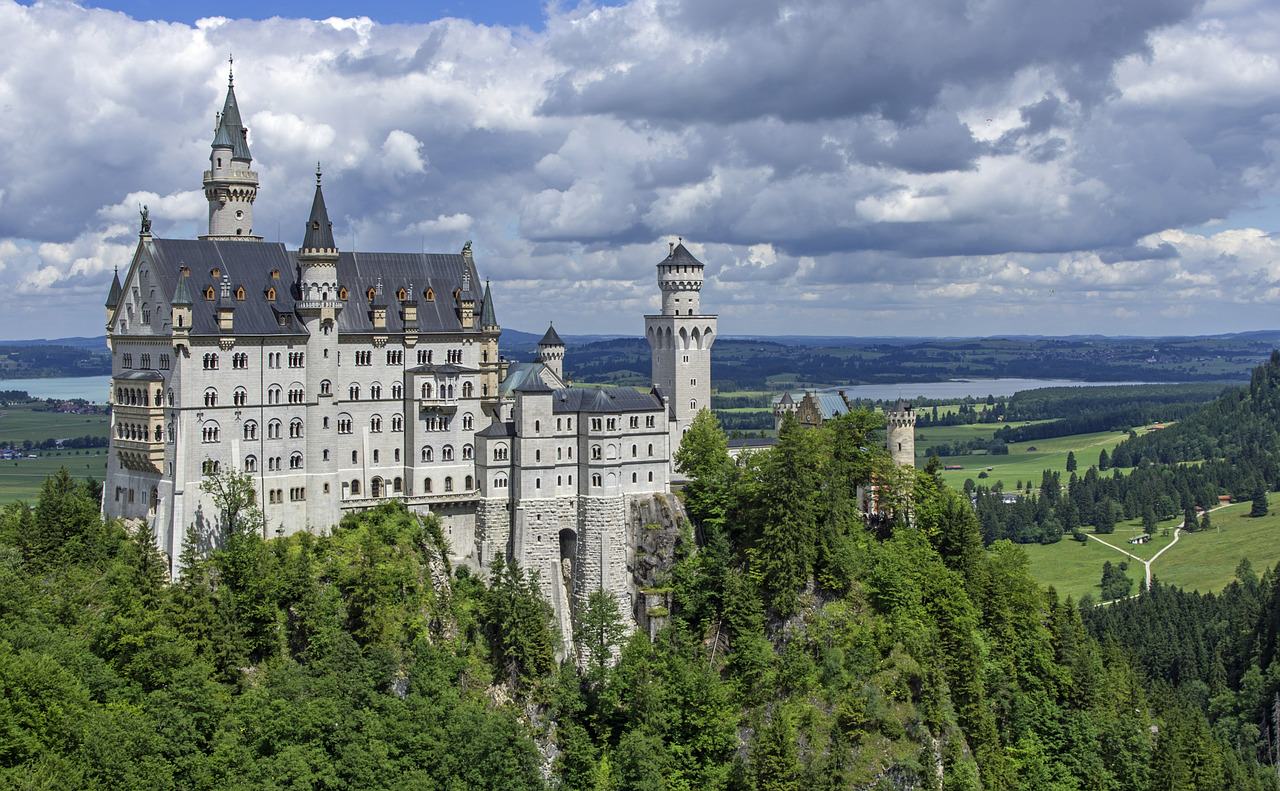 If you have extra time on your hands, head to the Alpine slopes at the southernmost region of Germany, near the border with Austria. Over there, on the banks of lakes Alpsee and Schwansee, you will enter an enchanting realm of unimaginable beauty, a landscape that truly looks as if it was plucked straight out of a fairy tale. And who’s to say it wasn’t? The Brothers Grimm were German after all and the awe-inspiring castles of this region surely precede their writing efforts.

Neuschwanstein Castle is not only the most famous caste in the region, it is arguably the most iconic castle in the whole world that inspired the artist who worked on Disney fairytale adaptations. Hohenschwangau Castle shares the locale with its more famous ‘brother’ but it can be unfairly sidelined as a result. It used to be the childhood residence of King Ludwig II of Bavaria, so you’ll truly get a chance to walk along the steps of historical giants while you’re there! 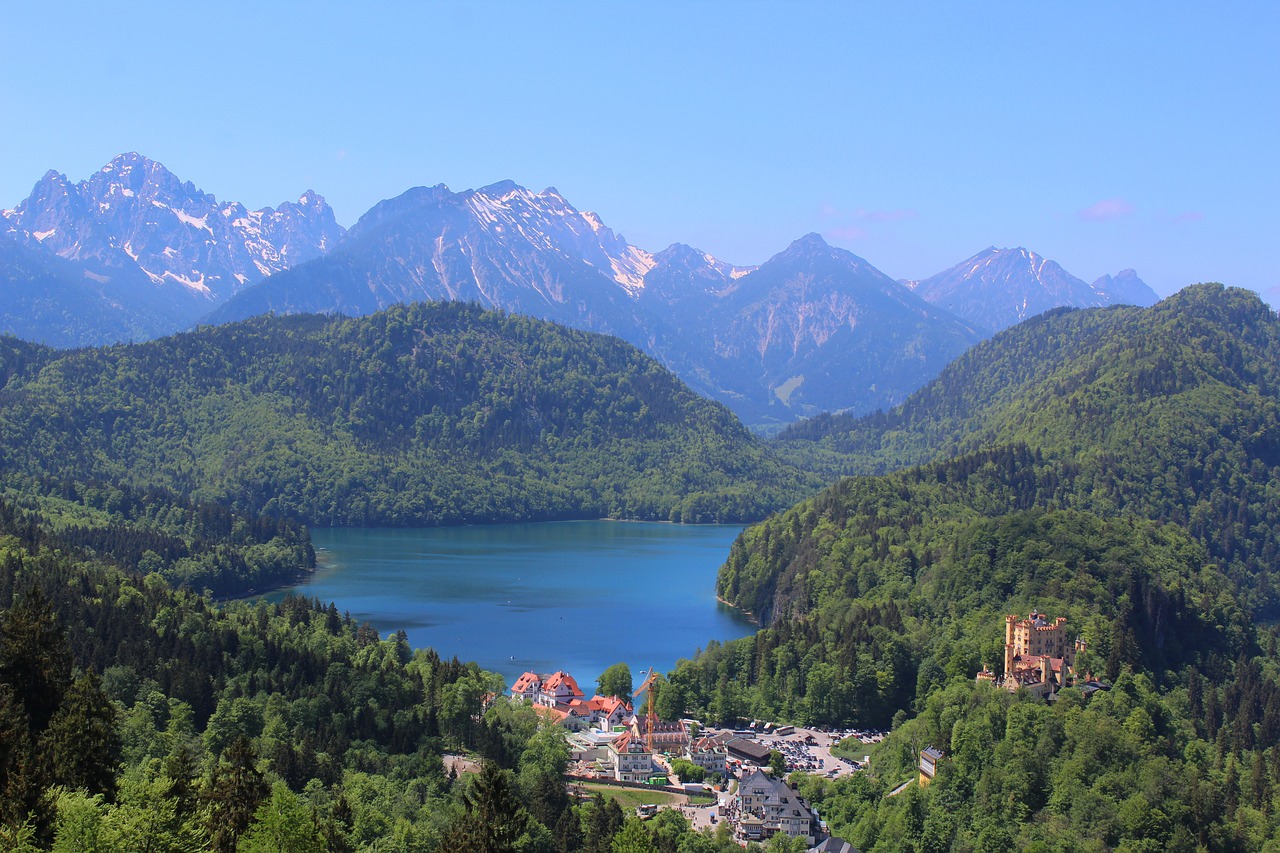 In Munich, the intrinsically interwoven history and culture take the spotlight before anything else. It’s an eclectic mixture of Germanic architectural designs and pan-European influences which can surprise even the most jaded world traveler who thinks he has seen it all. The two weeks I’ve spent in this gorgeous exemplar of European cultural virtue have been just enough to relish in a bit of everything this colorful feast has to offer. However, if you feel as if even a month would not be enough to truly sink your teeth into the Munich delights, you are in for an urban escapade to remember.