For me, this winter was particularly good. My husband and I traveled to a place I dreamt of visiting for a long time – Mexico. On our way there, we made a pit stop in New York which only made the whole experience so much more fabulous. Let me tell you about all the magnificent and colorful places I’ve visited in Mexico. 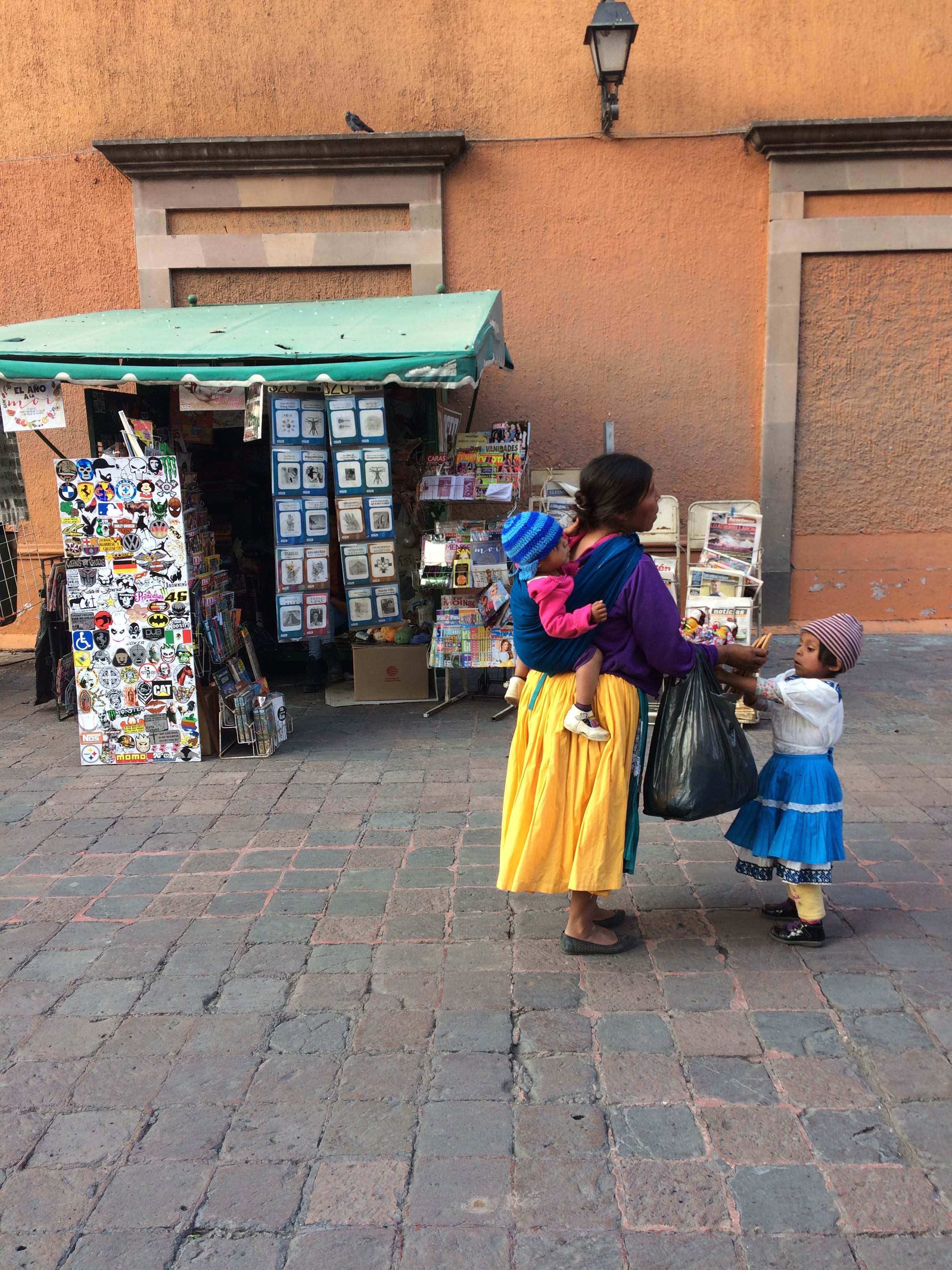 …or Santiago de Queretaro, is located in the center of Mexico and is the capital of the state of Queretaro, one of the 32 federal entities of Mexico. We arrived from New York in the wee hours of the morning, hailed a cab straight to a house we’ve rented, in the hills, near the city center.

First thing in the morning – avocado! Mexican avocado is the best thing ever. No wonder, right? After a good breakfast, we headed to the Centro Historico, or the Spanish (and to be frank, probably the prettiest) part of Queretaro. Centro Historico is really lovely, full of earthy colors and colonial buildings, still untouched by capitalism, which cannot be said for the city. Queretaro is chaotic, highly-populated, and a bit overcrowded with capitalist companies such as Starbucks, Walmart and Chuck E. Cheese. Yeah, I know, bummer. However, Queretaro is very safe, everyone will tell you that, and the people there are genuinely kind and happy. 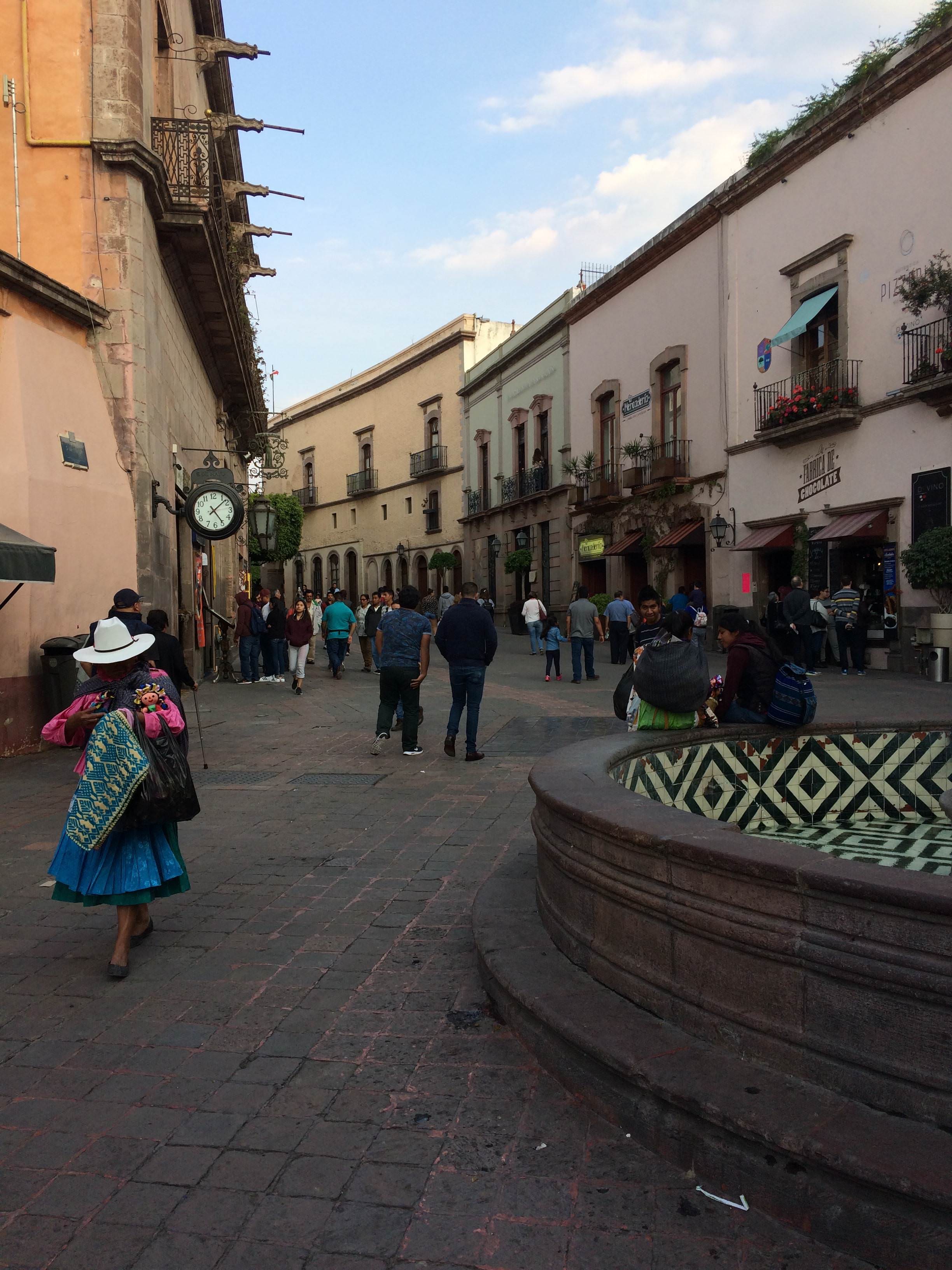 We spent nine days in Queretaro and went on day trips from there, always coming back to our house in the hills. Apart from the city center we’ve visited a nearby pyramid, El Cerrito – a must see.

We also visited a number of great restaurants, the best of which by far was Tikua Sur-Este, where we had the best gin and tonic I’ve ever tasted. Random, I know, but G&Ts are a big thing in Mexico. Here are all the other places we also got a chance to visit on our day trips. 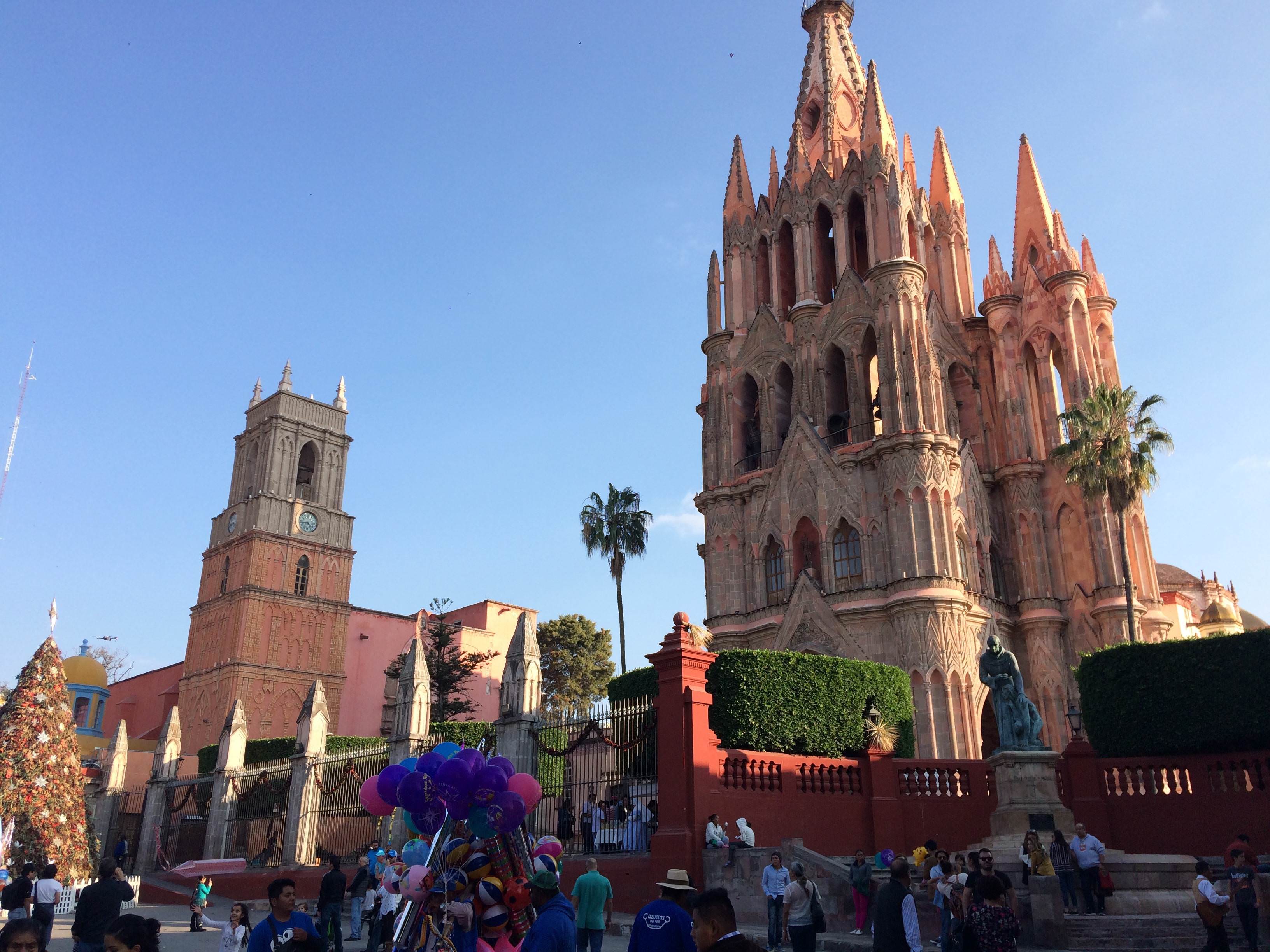 Ah, San Miguel – a bit more touristy, but on the other hand, even prettier than Queretaro. When I say more touristy, I mean you can see a couple of tourists on the streets, but that’s it. We strolled around in the mild 22 degrees Celsius, with no more than jean jackets on, and were soaking in the sun. The architecture in San Miguel is stunning. There were a lot of women in the streets selling little handmade Mexican rag dolls called “Marias”. These dolls were meant to enhance the income for Otomi women of this region. 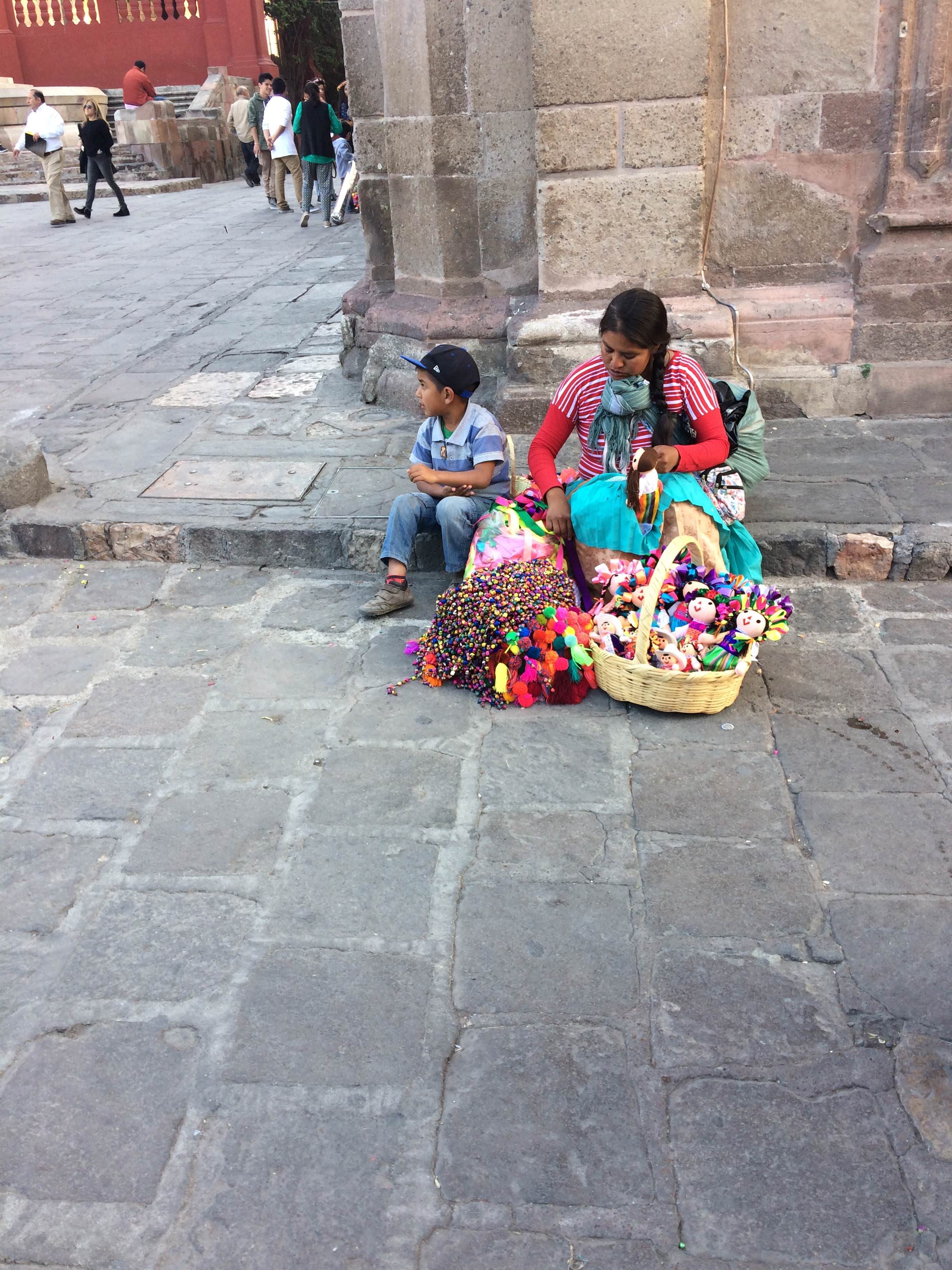 After a long walk and some shopping, we decided to go for a dinner in the best restaurant in town popular mainly among local young people – La Mezcaleria, where we had some amazing food and great mezcal.

…or officially San Sebastián Bernal, is a small village in the state of Queretaro. It has a status of a Magical Village, which I didn’t even know was a thing, to begin with. Namely, the village is home to one of the biggest monolith rock formations in the world – Peña de Bernal. Just the sight of it makes you feel like you are in the right place at the right time. Or like there’s something magical happening in the center of the rock. I can’t quite explain it, but it really moves you. The village is a cute, lively place. We were lucky enough to visit it during some local celebration, so it was even more crowded and alive. A total must-see you should definitely visit if you ever get the chance. 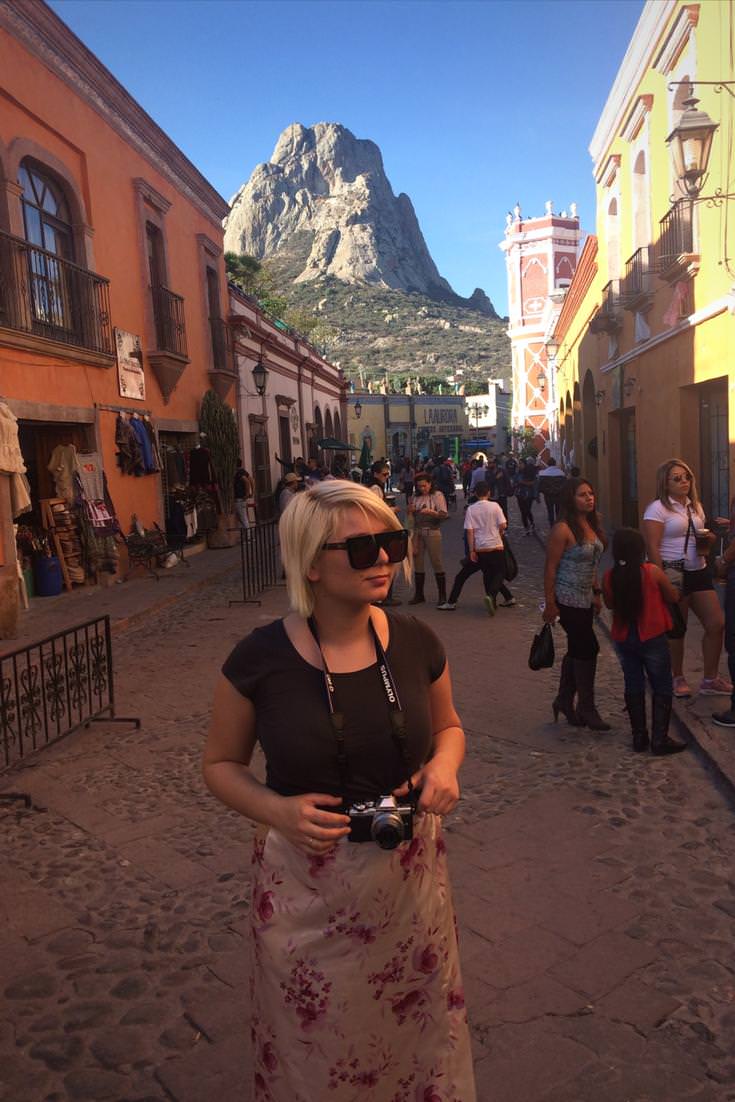 After that, we drove to a nearby winery (yes, the state of Queretaro is actually a wine region, because of its height and desert climate) which turned out to be lavish, had amazing food and wine, and was a perfect ending to a lovely day.

Another day was dedicated to a Mexican must-do – visiting a distillery of tequila. It wasn’t as easy to find one as one would expect. Mostly all production of tequila is happening in the western part of Mexico, around Guadalajara. This distillery is located in the state of Guanajuato, very close to where we were staying in Queretaro. 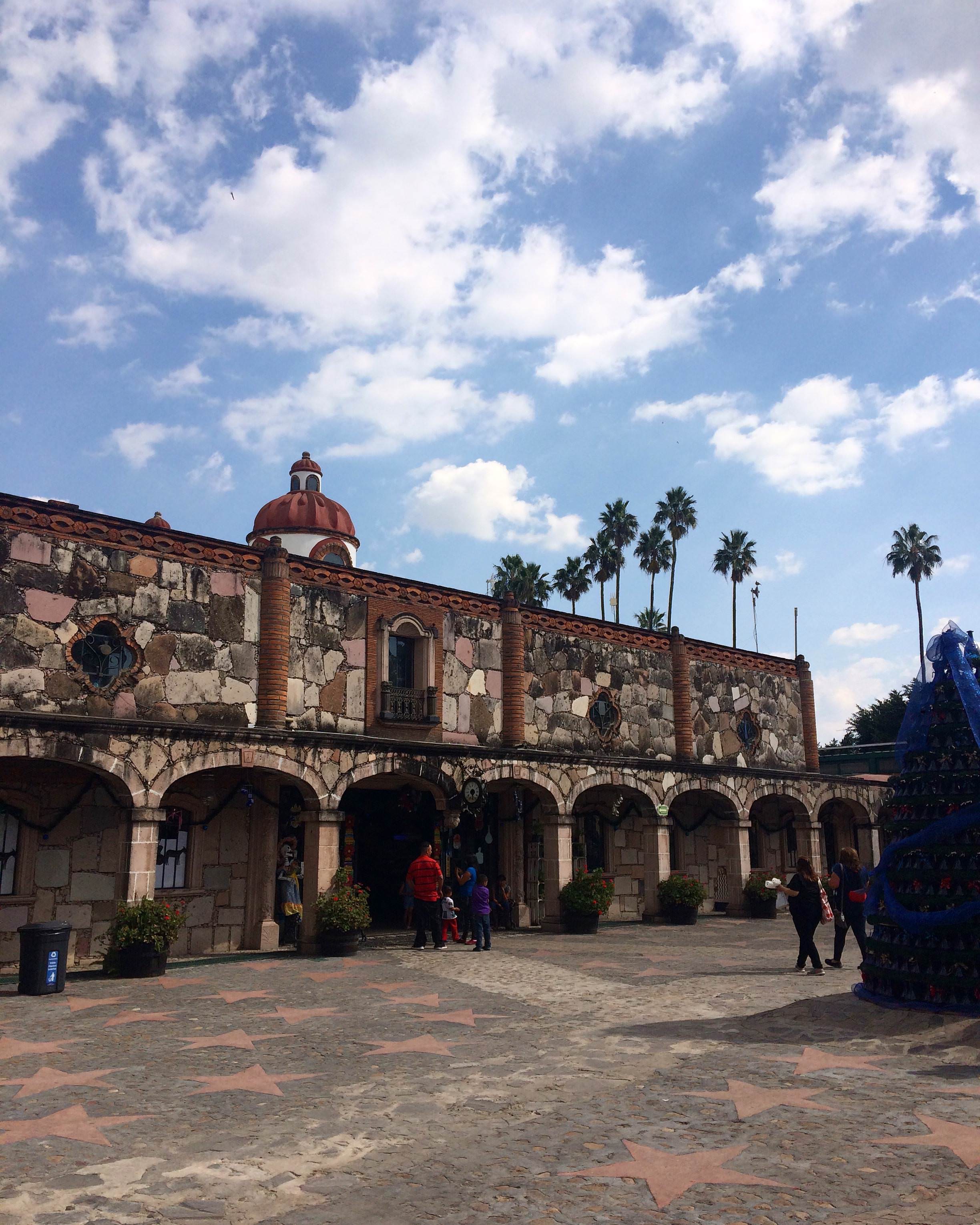 We arrived there only to realize no one spoke any English, but my modest knowledge of Spanish was enough to communicate basic things. In the end, we got ourselves a private tour in English, with a lovely boy named Juan. We sampled some tequila, saw the entire production process, sampled some local cheeses, visited a museum and heard some great stories. Juan was great, and the only person speaking English in the whole hacienda. And it was ALL for free! Great for us, but not so good for Juan, so we tipped him well. It was a super fun day.

Off to the Sea – Tulum here we come!

Of all the places on Earth, the Caribbean might just be my favorite one. Tulum lies on the Caribbean coast of Mexico and is just below the town called Cancun. No thanks Cancun, you are just too flashy and touristy for me. We arrived at Coco Limited just in time to take a quick swim before the sun went down. This was all happening in January, and it was already 30 degrees outside. Since I am living in Europe now, where temperatures are below zero in January, this was such a pleasant surprise for me. 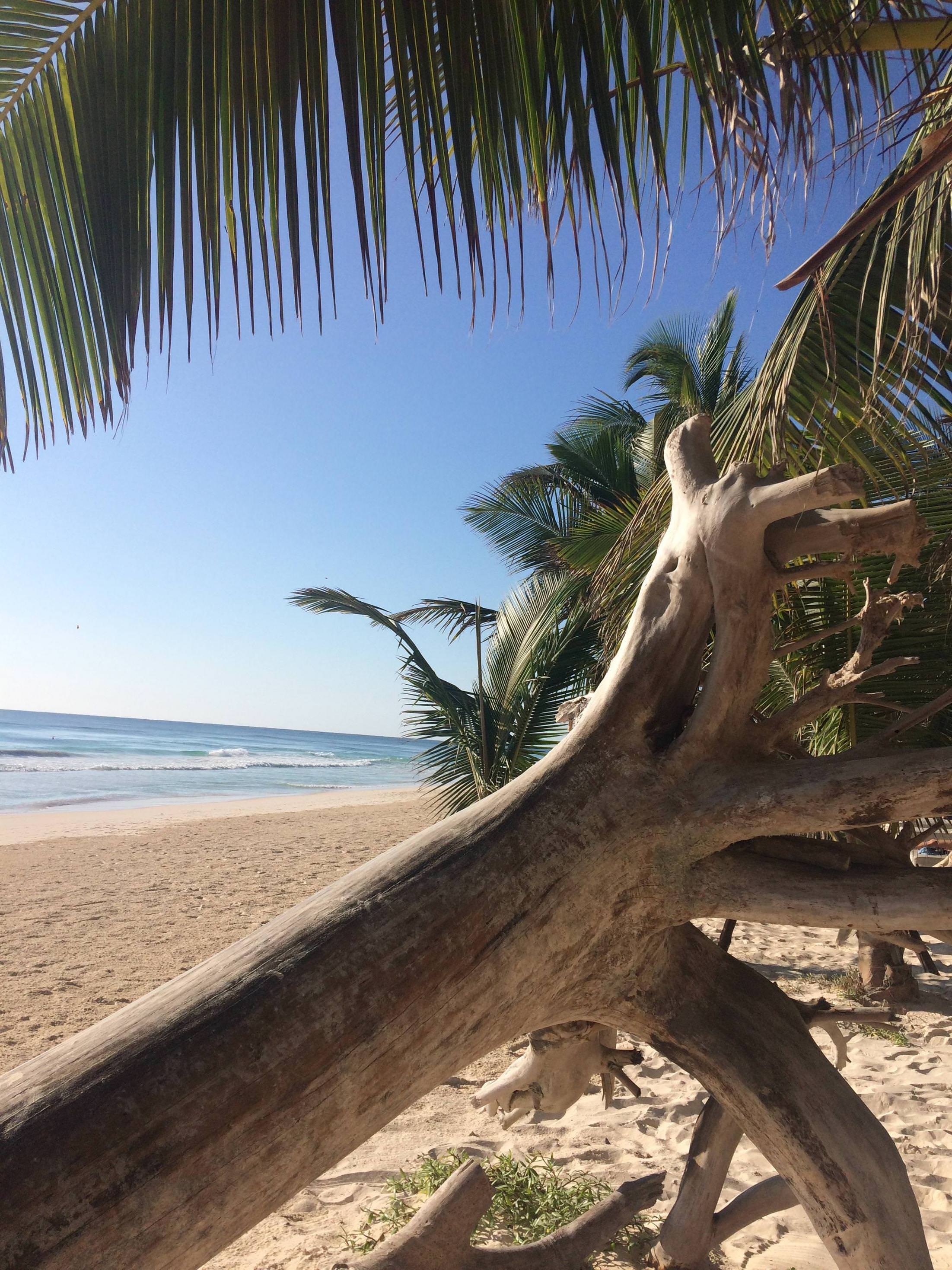 Tulum – nature is gorgeous, the sea is turquoise and wavy, and there are palm trees and coconuts everywhere. Pure paradise. The people are, well, hippies. Or to be more precise, wannabe hippies. Everyone is dressed in boho chic, which is nice to look at, but the thing is you can still see the tags hanging from the newly purchased clothes just for that occasion. I decided to fight the system and dress as I usually do – surfer girl with a dash of the Kardashian sisters. Weird combo, I know, and I could tell they were all looking at my big golden watch with disapproval (while having one just like that back home, safely stored in a drawer). But that was just a fun thing I noticed, nothing could disrupt my Zen, not even an earthquake that happened on our first night. Yeah, nobody even budged. There is nothing to hide from, except maybe some coconuts or a tsunami. Thankfully, that didn’t happen. 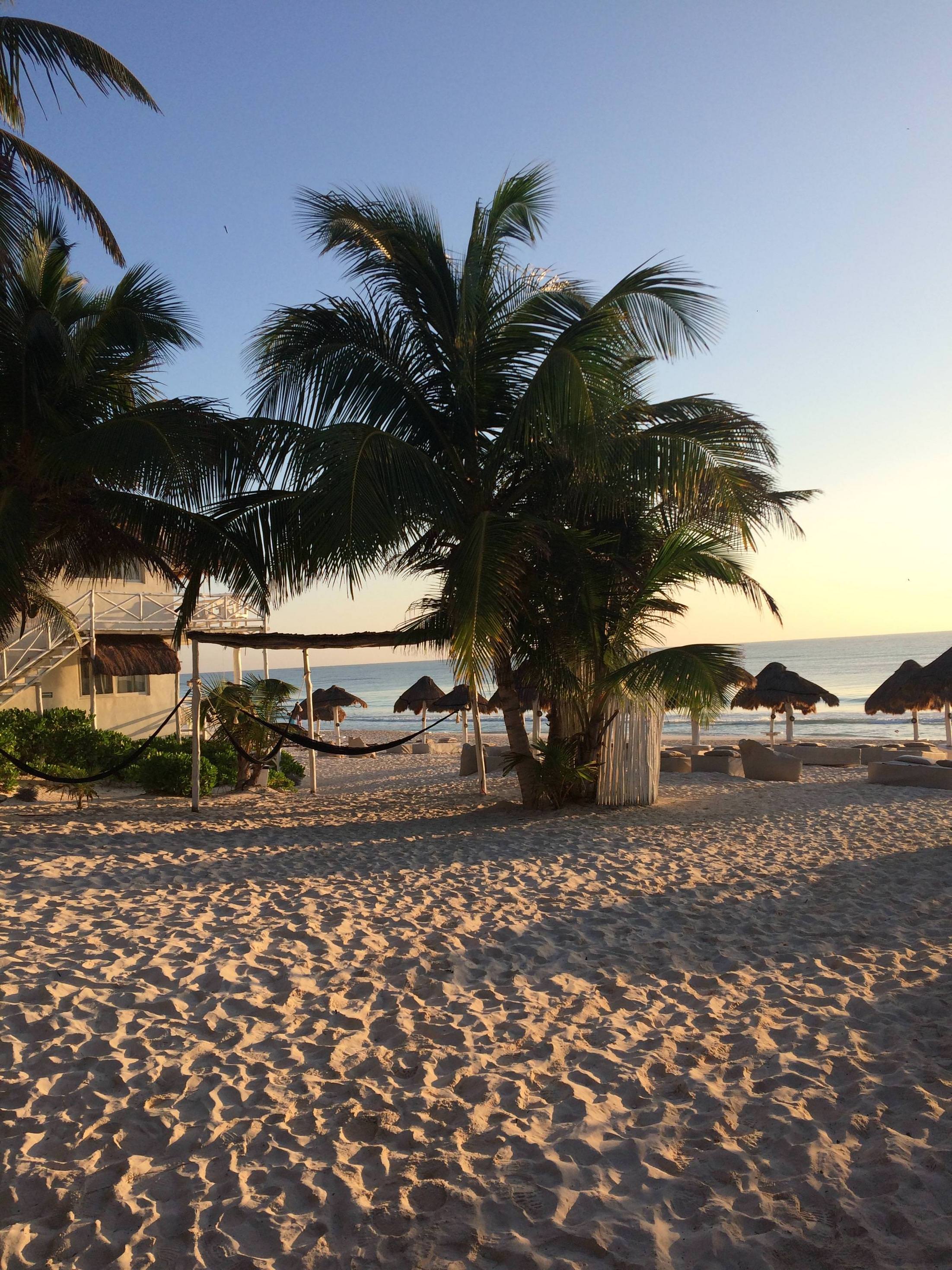 The next two days we spent eating huevos rancheros, sunbathing and drinking margaritas. The best two days in a long while. In the evenings we checked out the hip culinary scene. There were some really good restaurants, the top two being Casa Banana and the famous Hartwood. 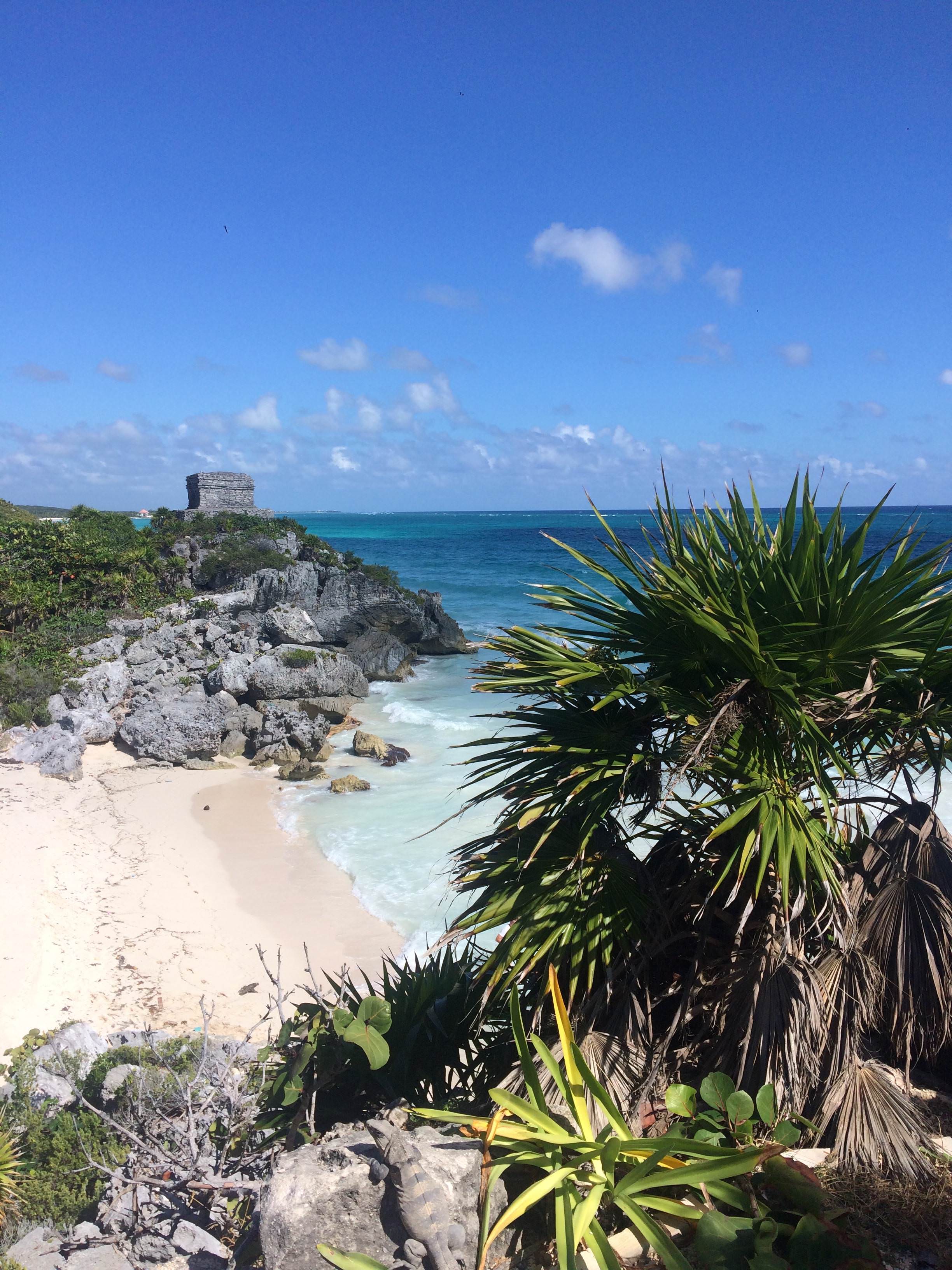 On the last day, we decided to visit the Mayan ruins in Tulum, the only Mayan fortification ever built on the sea. It’s so strange to imagine someone living there so long ago and yet it’s the most common thing. The site was impressive, to say the least.

As you can see, I had a great time, and I plan to go back again very soon. Stay tuned for more of my travel stories. 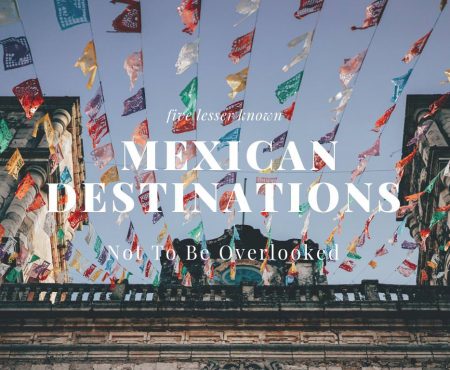 Five Lesser Known Mexican Destinations Not To Be Overlooked