Loading posts...
Home Travel Dance The Night Away: Top 5 Dances For A Night Out

Dance The Night Away: Top 5 Dances For A Night Out

When I first got the idea for this article, it was supposed to be a third person, impersonal overview of dance styles in which I would simply write about each of them and frame the list with a couple of warm words of general dance recommendation. But then I thought to myself – why not speak from my own experience? It will surely be more engaging, given the fact that I am one of those converted people who only recently realized the power of dance movement. 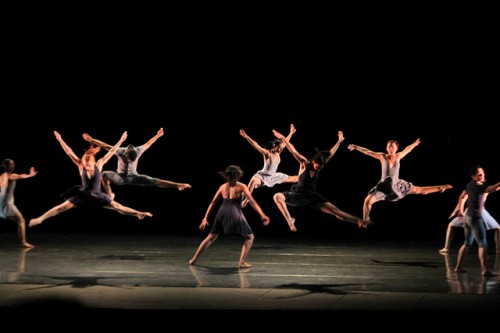 You know those guys who make you dizzy in a club, because everybody else moves in the rhythm of the music and they are static spots of matter which disturb the picture? That was me. I was always passionate about music, but I hated dancing with the same, burning passion. Until one day (for the reasons I won’t list here; I gained a few pounds, so what) I was forced by my girlfriend to take dance lessons. What I found out in the first couple of moments of the first class was – dance is awesome! It lets you express your feelings in a way you never thought possible.

After a while, I got relaxed enough to be able to apply my newly acquired knowledge in public. After almost a year of active club dancing, here are five dances I consider best for a regular night out. You will see, there’s something for everyone in this list.

Let’s start with disco. I organized this list according to the level of involvement and passion you need put into dancing and disco is first because it requires almost nothing. It’s just there for fun. The greatest benefit of learning a couple of fancy disco moves is that most of the clubs out there will play music which is perfect for them. Don’t think you can only dance disco when you hear Gloria Gaynor – most of the house and electro hits these days have the same basic rhythm.

All of you Dirty Dancing fans out there don’t need to be explained what’s so attractive about mambo. To me, it has all the passion of salsa, but it is packed into a much more formal packaging, making it perfect for introverts who want to make a slow transition into the world of party people. Simple basic moves, tight grip with a partner, pleasant music – it’s all there for your enjoyment. Just be sure you keep your frame because people might mistake you for a salsa dancer!

Salsa is, perhaps, the most widely known dance on this list and it is for a reason – it’s a perfectly crafted dance for full enjoyment at parties which feature latino music. As a matter of fact, it is easily adaptable to any music, can be danced in pairs, in groups (salsa rueda!), or individually. If salsa is on the dance menu, you don’t ever have to leave the dance floor. Personally, I always had most fun with rueda – circle salsa dancing – but in order to get the best out of it, you need to have at least five or six equally trained friends or acquaintances.

And now for something a bit different. Rumba is a dance of passion, dance of love and as such is rarely danced with anyone else but your significant other or a person who is obviously about to become your significant other. Many, if not most of love ballads are great for a bit of rumba so – if you have someone to dance it with, start learning the moves! They might be a bit more difficult to learn because they require strict body discipline, but you won’t regret a bit of effort.

You know how I told you that you should dance rumba only with your girlfriend/boyfriend? Well, for bachata this goes doubly. Plus, those of us who go to clubs with an intention of securing a one night stand might find this dance to be surprisingly effective. Bachata is similar to salsa – it is relaxed in posture and allows for a lot of freestyling. However, compared to salsa, which is most often a friendly dance, it is all about sexual passion, its moves often resembling, you guessed – sex. One thing is for sure – it’s not for the weak of heart!

Sophie is blogger based in Australia. She is contributor for several health and lifestyle blogs. She’s hooked on yoga and healthy living. Sophie is also interested in architecture and home décor. As DIY enthusiast she is always seeking for new home craft ideas. Besides decorating home Sophie also enjoys preparing and decorating food. You can find Sophie’s advice by following her on Facebook. 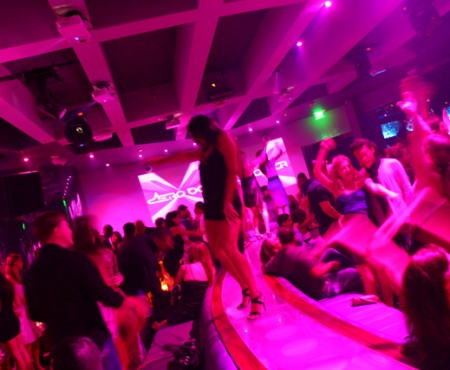